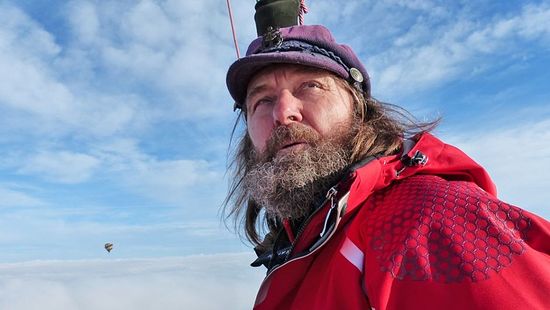 A Russian adventurer hopes to set a world record for flying a hot air balloon solo and non-stop around the globe.

Fedor Konyukhov, 63, wants to become the second person behind American Steve Fossett to fly a balloon around the world.

It took Fossett 13 days in 2002 but Fedor's son, Oscar, said his father aims to be quicker.

"Thirteen years have passed and equipment has become lighter and more efficient so we hope that Fedor can fly better," Oscar said.

"You know there are six billion people on our planet and only Steven Fossett did it solo, so that demonstrates how difficult it is."

Fedor — who is also a Russian Orthodox priest — has climbed Mount Everest, sailed around the world, walked to the North and South poles and last year rowed across the Pacific Ocean to Queensland's Sunshine Coast. 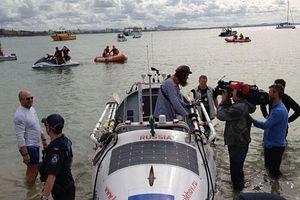 After his most recent 16,000km solo mission to the Sunshine Coast, Fedor was honoured with a plaque at his arrival point of Mooloolaba and he was greeted by cheering crowds and waiting media in May last year when he finally arrived after 160 days at sea.

He rowed up to 80km each day during his journey from Chile to Australia.

Despite his recent conquest, Fedor's son admitted the around-the-world balloon attempt would not be easy.

"There is very little margin for error, so you can't make any mistakes," Oscar said. "The speed of the balloon and the altitude are very dangerous."

The 52-metre high helium balloon was constructed in the UK and the gondola was built with a dual purpose: "Like a carbon boat and it should be like a life raft," Oscar said. "If you land into the ocean it should float until rescue comes."

Fedor Konyukhov hopes to start and finish his ballooning attempt from Northam in Western Australia.

His adventure is due to lift off in July next year. 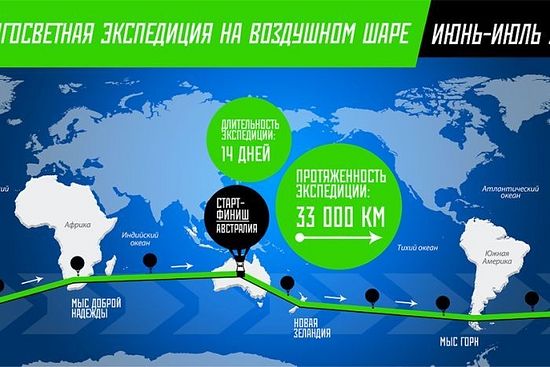 Town in Urals blessed from above by priest in hot air balloon An unusual service was celebrated in Kamensk-Uralsk. A hot air balloon carrying the dean of the Southern ecclesiastical region, mitered Archpriest John Agafonov, sailed in full priestly vestments across the sky over the city. 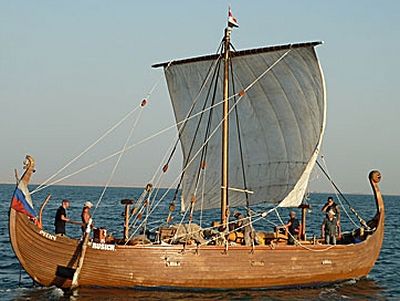