Yesterday, on his personal Facebook page, Abbot Sava Janjić of Visoki Dečani Monastery responded to the official police statement regarding the Satruday arrest of several armed Muslims outside the monastery: 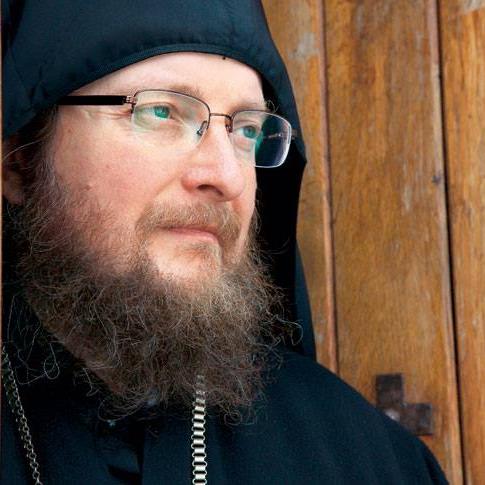 In his statement for local media the Kosovo police spokesperson Baki Kelani said yesterday that the armed persons who were arrested two nights ago in front of our monastery had nothing to do with terrorism and that it was only a case of illegal weapons possession. Kelani also said that "the suspects' car had been seen much earlier but was stopped by police in the street there, which was the most appropriate location for the police."

In relation to this statement it is very important to bear in mind that the appearance of armed men with Islamist literature in their car is far from an ordinary case of illegal weapons possession. The arrested were certainly not tourists and the police must investigate what they were doing armed in the vicinity of the monastery at night. As the incident happened in front of the monastery gate we are particularly interested to have all the facts on this incident fully published. Kelani’s hasty statement that armed Wahhabists have nothing to do with terrorism is an insult to common sense and is damaging for Kosovo police credibility.

At the same time it is not true that Kosovo police stopped the suspects' car. In the video material from CCTV cameras around the monastery one can clearly see that it was the Islamists themselves who had stopped the car in front of the monastery and that the police patrol came only later, checked their documents and searched the car. Today we showed this material to the local chief of police who had been out of Kosovo until yesterday. It is sad indeed that the KP spokesperson Mr. Kelani gave incorrect statements without having learned the facts beforehand and without anybody from KP requesting to see the video files immediately after the incident. Publishing arbitrary information creates the impression of downplaying the case for unknown reasons which is not to the benefit of Kosovo citizens regardless of their ethnic or religiou background, as terrorism is a danger for all. This also damages the already diminished confidence of our Church in Kosovo police particularly regarding the protection of our sites which are no longer protected by KFOR.

We strongly believe that the police will for the sake of transparency and professionalism in their work inform the public of all details of this case and that this incident will not remain simply one among the many which have remained unsolved. 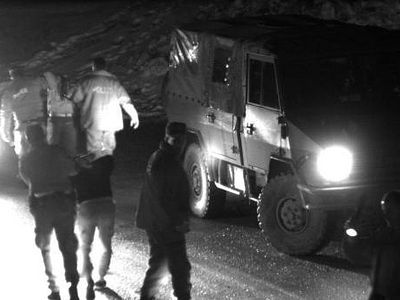 "No terror link" as "armed Islamists" are arrested in Kosovo 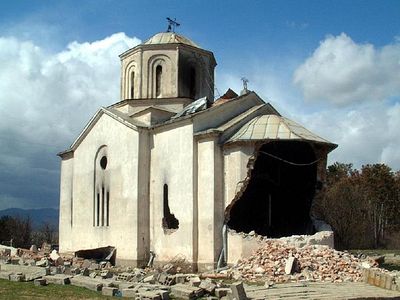 Inclusion of Kosovo in UNESCO will have irreversible consequences - Metropolitan Hilarion

Inclusion of Kosovo in UNESCO will have irreversible consequences - Metropolitan Hilarion The metropolitan said the global community has witnessed encroachments on the holy places of this territory "perpetrated by radical activists with the connivance of the local authorities." 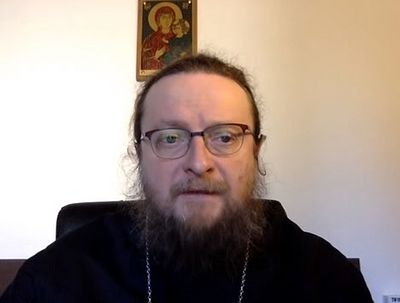