Archimandrite Luke (Murianka), Abbot of the Holy Trinity Monastery in Jordanville (ROCOR), was recently invited to Slovakia, where the memory of St. Job of Pochaev is still honoured by Trans Carpathian Orthodox Christians. Here is their report. 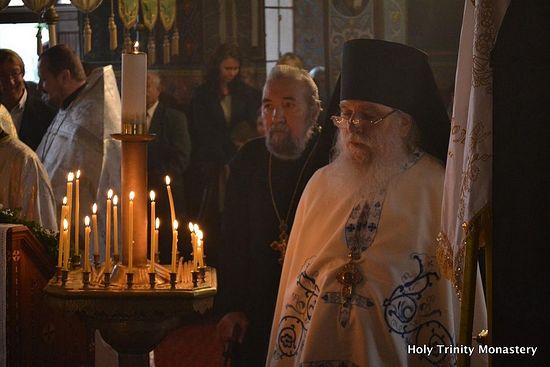 An appeal was made to Holy Trinity Monastery to assist with refurbishing the roof on the church in Ladomirova, Slovakia, where many of the monastics of our monastery resided before the advance of the Soviet Army. A donation was sent, and the reply was an invitation from His Beatitude Rastislav of the Czech Lands and Slovakia, to Archimandrite Luke to take part in their celebration of the feast of the Beheading of St. John the Baptist. A large portion of the Holy Head is enshrined at the church. Father Luke arrived on the eve of the feast day itself and attended the services there, the celebration being transferred to the nearest Sunday. Immediately after the Liturgy, Father Luke began his extensive tour of all the local parish communities. 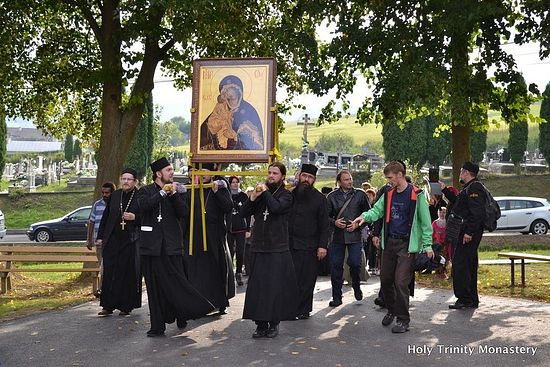 The next day an early Liturgy was served at Stropkov followed by a traveling moleben for the many pilgrims who arrived for the 16 mile Cross Procession throughout the countryside. Along the way the crowd of pilgrims stopped at a nearby church to rest where Father Luke was asked to speak about his reminiscences of Vladyka Lavr and about life at Holy Trinity Monastery. The procession continued to the church in Ladomirova where the pilgrims were greeted by the rector, Archpriest Pavol Kacmar, who asked our abbot to serve a Litia at the parish cemetery where many of the monastic fathers found their resting place. Immediately after, began the Lesser Blessing of Water where all present sang the service as is traditional in Carpatho-Russia. The All Night Vigil followed. Throughout the night, services continued with akathists sung to the Pochaev Mother of God, St. Job and two early morning Liturgies. The greeting of his Beatitude Rastislav took place at 9:00am followed by a hierarchical liturgy served outside on the side porch of the church. 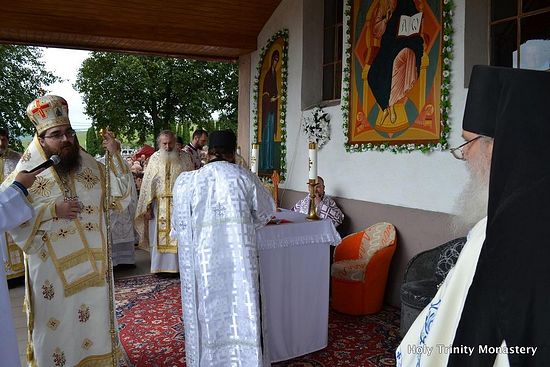 At the conclusion of the service His Beatitude greeted Archimandrite Luke and expressed his joy that a representative of the Jordanville brotherhood was present and that Father Luke had returned to his ancestral homeland. After the service, Father Luke met with relatives of Vladyka Lavr and prayed at the graves of his parents.

A modest banquet was held for the clergy and some of the worshipers at a local village where Father Luke made a presentation to his Beatitude and the parish rector of monastery albums, expressing his gratitude for the honor to participate in the services. After the meal, Father Luke was driven to his ancestral village directly over the border in Poland where he spent the night in Gorlice with his cousins. 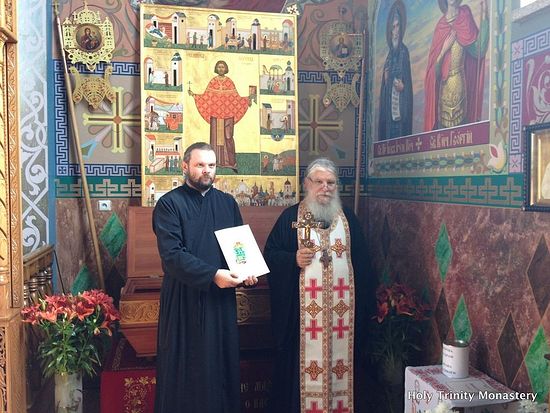 The next morning his helpers drove to the church where the relics of St. Maxim Sandovitch are enshrined. There, the rector, Fr. Roman had prepared a particle of the relics for Holy Trinity Monastery. Fr. Luke served a moleben for his brotherhood and the seminarians and after tea with Fr. Roman they returned to Slovakia where the touring continued nearly until his flight at 5:00 am the following day. 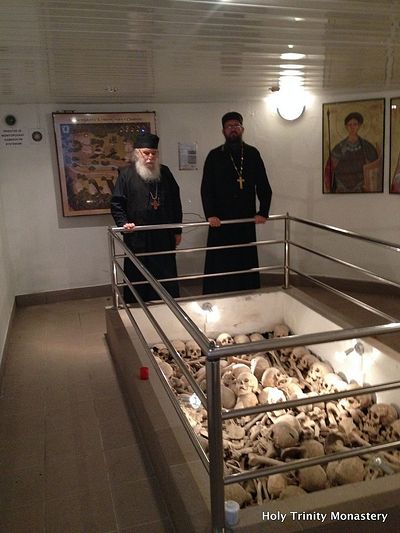 A lasting impression was the church in Osadne where the bones of the fallen Russian soldiers of WWI are gathered in an open crypt beneath the church. After the war the local residents recalled the places in cemeteries and even the forests where graves were located. An unexpected surprise was the church dedicated to St. Dimitry in Medvedie where the rector, Fr. Marian, brought out from the altar a panted icon of the patron saint with a dedication from the builder and parish priest, Hieromonk Vitally Ustinov, later to become our first hierarch.  Having returned to the monastery, at lunch in the trapeza he told the brotherhood of his experiences.

The memory of our beloved fathers is still very alive among the people, and the connection is truly significant between Jordanville and our former missionary labors in the Carpathian Mountains. 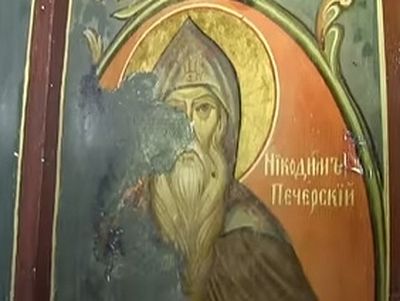 Spiritual Waves. Jordanville Monastery As 2015 begins, OrthoChristian.com feels it is time once again to talk about the plight of Jordanville Monastery and Seminary, which holds a special place in the heart of the Russian Orthodox Church Abroad and indeed for all the Orthodox people of America and around the world. 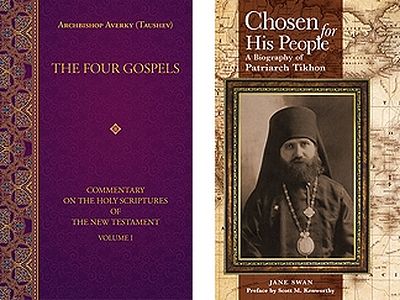 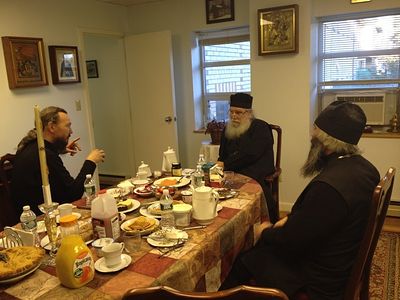 “Crisis Is In Fact Very Good and Very Beneficial” Deacon Andrei Psarev, Protopriest Paul Velikanov "I was pleased that a certain crisis is apparent which is common to the Russian Church in the Diaspora and in the Moscow Patriarchate. This crisis consists in the fact that the division, which hadn’t happened in the Church before, the division which led to the schism, while today from the external, formal perspective it has been overcome."
Комментарии