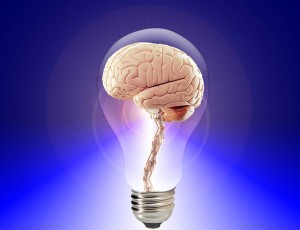 The American Philosopher John Dewey once remarked, “Time and memory are true artists; they remold reality nearer to the heart's desire." Unfortunately, in the case of pathological impulsivity, time and memory can become graffiti artists of the lowest caliber vandalizing the beauty of the soul in predictable, yet regrettable, ways. An impatient perception of time accounts only for part of the pull that the object of obsession has over the impulsive. Another significant portion of the attraction comes not from the object itself, but from the associative memory—“the countless images, imported into it from all manner of things by the senses” (Saint Augustine, The Confessions, book 10, chapter 8)—that in addictive behavior becomes a web entangling and entrapping the impulsive.

Our memory seems to have a mind of its own. Saint Augustine observed as much when he noted “when I am inside this storehouse, I demand that what I want be brought out, and some things appear immediately, while others things require much searching and seem to be dragged out of some hidden container. Still other things rush about in crowds, and while another thing is sought and inquired for, they leap into view, as if to say, ‘Maybe you desire us?’” (Saint Augustine, The Confessions, book 10, chapter 8). Many impulses begin with such memories and the implicit invitation, “Maybe you desire us?” Saint Augustine also notes “memory also contains the feelings of my mind …The memory doubtless is the belly of the mind, as it were, and joy and sadness like sweet and bitter food, which, when entrusted to the memory, are, as it were, passed into the belly, where they can be kept, but cannot be tasted” (The Confessions, Book 10, chapter 14). The memories of pleasurable impulsive behaviors in the past cannot provide the full pleasure of the original experience, but they do give the subliminal message, do this or do that, to experience it again.

Saint Augustine’s understanding of memory is not far removed from contemporary notions. Present-day theorists maintain that impulses do not originate in a vacuum but spring up from the deep recesses of the memory, especially intense memories associated with deep feeling states. For example, Robert Miller has developed an entire theory of feeling states about the role of memory in impulsive behavior. In his article, “The Feeling-State Theory of Impulse-Control Disorders and the Impulse-Control Disorder Protocol,” Miller writes, “The theory postulates that ICDs (impulse control disorders) are created when positive feelings, linked with specific objects of behavior, form a state-dependent memory. This state-dependent memory, composed of feelings and the event, form a unit called a ‘feeling state’ (FS). The FS is hypothesized to be the cause of ICDs.” For example, the alcoholic may see a six-pack of coke and suddenly have a state-dependent memory flash before his mind’s eye, that time when he felt so relaxed and carefree drinking a six-pack of beer with his buddies on the beach. Immediately, the impulse to recapture that experience manifests itself. Of course, one can replace beer with drugs, food, gambling, carnal desires, and any other “flesh-pots of Egypt” (Exodus 16:3) that can bring pleasure and lead us back into slavery.

Significantly, Miller connects feelings “not only to emotions such as joy or anger but also to the total complex of sensations, emotions, and thoughts… In the FST (feeling state theory), the term feeling-state (FS) refers to the entire psycho-physiological arousal of the body and its connection with the memory of a specific behavior. In other words, the feeling-state is a unit that is composed of the feelings (sensations, emotions, and thoughts as described above) associated with the behavior plus the memory of the behavior itself. FST proposes that the FS unit composed of feelings and memory of the behavior leads to the impulse-control problems.” Much of the psychophysiological arousal, such as a flushed face, pounding heart or mounting nervousness, are not controllable and further impel us to act on the impulse, for, as Saint Mark the Ascetic puts it, “the mind becomes a prisoner of the fierce heat of evil desire and cannot then resist such pleasure, for when the blood is heated, the spirit is cooled” (Letter to Nicholas the Solitary).

Miller’s elegant theory on memory-based feeling states is not without parallel in the teachings of the Church fathers. In fact, Saint Maximus the Confessor understanding of impassioned conceptual images contains the very components of Miller’s memory-based feeling states. In particular, the Saint writes, “The nous receives the impassioned conceptual images in three ways: through the senses, through the body’s condition and through the memory. It receives them through the senses when the senses themselves receive impressions from things in relation to which we have acquired passion, and when these things stir up impassioned thoughts in the nous; through the body’s condition when, as a result either of an undisciplined way of life, or of the activity of demons, or of some illness, the balance of elements in the body is disturbed and again the nous is stirred in impassioned thoughts or to thoughts contrary to providence; through the memory when the memory recalls the conceptual images of things in relation to which we were once made passionate, and so stirs up impassioned thoughts in a similar way” (Second Century on Love, 74). In other words, memories of what we’ve seen and heard as well as what our bodies have felt can coalesce into psychosomatic thoughts to which we are subject and that we suffer with (in other words, impassioned), thoughts that push us in directions away from gratitude to God and love for Him. That is the spiritual and theological significance of impulsive thoughts.

Instead of having the memory of God warm us, illumine us, and fill us with love, these impassioned memories send us on a search for a thousand idols to replace the God of our heart. Thus, Saint Gregory of Sinai wrote, “The source and ground of our distractive thoughts is the fragmented state of our memory. The memory was originally simple and one-pointed, but as a result of the fall its natural powers have been perverted: it has lost its recollectedness in God and has become compound instead of simple, diversified instead of one-pointed. We recover the original state of our memory by restoring it to its primal simplicity, when it will no longer act as a source of evil and destructive thoughts. For Adam’s disobedience has not only deformed into a weapon of evil the soul’s simple memory of what is good, it has also corrupted all its powers and quenched its natural appetite for virtue. The memory is restored above all by constant mindfulness of God consolidated through prayer, for this spiritually elevates the memory from a natural to a supernatural state” (On Commandments and Doctrines, Philokalia, vol. 4, p. 222-23). There is indeed something indisputably fragmented in the impulsive, something related to that first impulsive grasp in Eden, a desire for a pleasure unrelated to God. And there is indeed something unifying and restorative about turning to God in prayer.

There is one more patristic teaching that we need to consider to appreciate the fathers’ understanding of the role of memory in impulsivity. That is their teaching about the dialectic of pleasure and pain that governs so much of fallen behavior. According to Saint Maximus the Confessor, “pleasure and pain were not created simultaneously with the flesh. On the contrary, it was the fall that led man to conceive and pursue pleasure in a way that corrupted his power of choice, and that also brought upon him, by way of chastisement, the pain that leads to the dissolution of nature” (Fourth Century of Texts, 34). Put simply, impulsivity, that quintessentially corrupted power of choice, is related to sin, to missing the mark. The remembrance of irrational pleasure (παρὰ λόγον ἡδονή) and the pursuit of irrational pleasure, however, always bring the pain of regret that those who are impulsive know so well. That pain, according to Saint Maximus, has a purpose (κατά λόγον), not for the soul to again chase meaningless pleasure, but to turn with undivided attention to God for strength, comfort, and redemption. Thus relying on God, seeking God, and continuously praying to God, the believer begins to experience, instead of irrational impulses, the divine pleasure (θεία ἡδονή) sensed by the soul enraptured by grace-filled prayer.

Those in 12 step groups speak often about “conscious contact with God” and “God keeping me sober.” There is certainly something deeply patristic about that solution. Prayer to God, relying on God, and turning to God can restore a person’s power of choice, weaken the enticement of deceitful memories, and bring a sense of unity to an otherwise fragmented life. What matters is learning how to let go of one’s own often futile efforts to control the impulses and let God’s presence illumine the mind, calm the passions, and bring lasting peace. As Saint Maximus the Confess put it, “If a person refuses to allow God, the abode of all who are saved and source of their well-being, to sustain his life and to assure his well being, what will become of him? And if the righteous man will be saved only with much difficulty, what will become of the man who has not attained any principle of devotion and virtue in this present life?” (Fourth Century of Various Texts, 52). God is the solution. And this is something, Christians have known from the very beginning. After all, when Saint Paul speaks on behalf of all sinners saying O wretched man that I am! Who shall deliver me from the body of this death? (Romans 7:24), he also shows the way out: I thank God through Jesus Christ our Lord (Romans 7:25). Grateful communion with Christ is the truth that shall make you free (John 8:32). 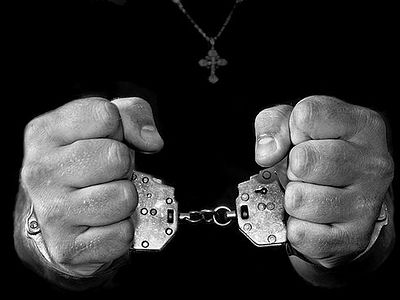 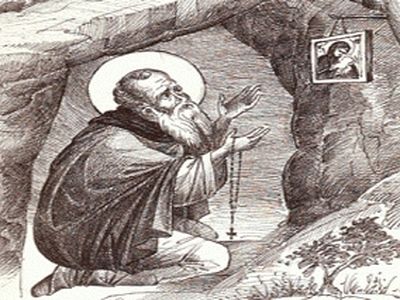 The Fathers’ Response to the Three Kinds of Impulsivity Hieromonk Alexis (Trader) In our ever-changing, fast-paced contemporary world that rewards Type-A aggressive behavior and a results-oriented lifestyle, impulsivity can become our default mode for interacting with the world. This “ready-fire-aim” approach to life can be framed as quick reflexes and speedy adaptation needed for success and getting ahead. Of course, if one’s gut reactions are wrong, that same approach can be one’s ruin. 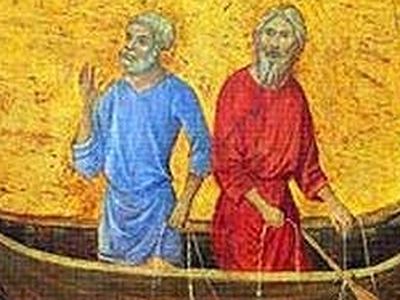 Is it ever Good to be Impulsive? Hieromonk Alexis (Trader)

Is it ever Good to be Impulsive? Hieromonk Alexis (Trader) Although in most cases from a Christian perspective, impulsivity needs to be kept in check, there is such a thing as a good kind of impulsivity.
Комментарии