On August 28, 2015, the rector of the church of the Assumption at the Russian embassy in China, the Rev. Sergiy Voronin celebrated the Divine Liturgy at one of the Catholic churches in Beijing for the Orthodox citizens in China.

The request for the festive service on the Assumption Day came from Orthodox Chinese, descendants of the Russian Cossacks who brought seeds of the Orthodox faith to China 330 years ago. At present, there are several hundreds of their descendants who live in Beijing, Shanghai and other cities in China and who have preserved the faith of Christ through centuries.

As the exact date when Cossack prisoners and Father Maxim Leontyev came to Beijing from the Albazin jail is unknown, the celebrations are dated to the patronal feast celebrated by the first Orthodox church in Beijing, which was consecrated by Father Maxim in 1696 and dedicated to Sophia, the Wisdom of God, and consecrated again by Archimandrite Antony (Platkovsky), head of the 2nd Orthodox Mission in China in 1732. Due to the fact that the church of the Assumption, the cathedral church of the first primate of the Chinese Autonomous Orthodox Church, Bishop Basil (Yao Fang), a descendant of the Yakovlev Cossacks, was closed during the ‘cultural revolution’, the Catholics in Beijing kindly offered one of their churches in Beijing to the Orthodox for the celebration. 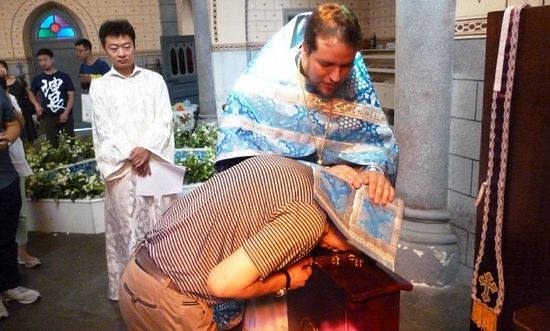 The Divine Liturgy was attended by over 80 people and most of them made confession and partook of the Holy Mysteries of Christ. Among the worshippers were Chinese Albazins, young Chinese citizens who chose Orthodoxy as their faith, the Russian embassy staff and Orthodox compatriots.

The Orthodox community of the church of the Assumption presented the Chinese faithful with icons of 222 Chinese martyrs who suffered for the faith of Christ and other icons for their homes. 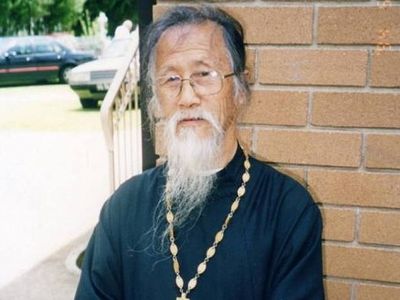 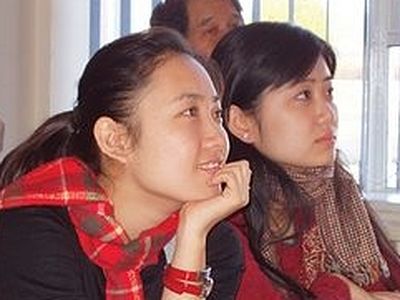 Christianity Growing Among China's Well-Educated In 1980 it was estimated that there were about 10 million Christians in China, now estimates say there are about 100 million, according to a Christian Today report.
Комментарии
Grisha31 августа 2015, 19:00
80 people showing up for a service in China where protestants spread like wild fire - we are talking about 100s of millions of people - is beyond depressing. What is wrong with Orthodoxy? The article may answer that - a sect for disappearing ethnicities. Why is this acceptable? How can this be squared with the Gospel?