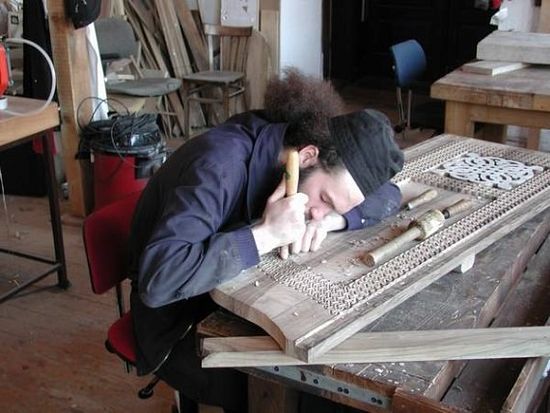 That the brethren ought to live in sincerity, simplicity, love, and peace with each other, and to carry on contest and war in their inward thoughts.

1. The brethren ought to dwell together in much charity, whether they are praying, or reading the scriptures, or doing some kind of work, that they may have the foundation of mutual charity. In this way, those various inclinations may find favor, and those who pray, and those who read, and those who work, can all live in sincerity and simplicity with each other to their profit. What is written? Thy will be done, as in heaven, so on earth,1 in order that as the angels in heaven dwell together in great concord, peace, and charity, and there is no such thing there as pride, or as envy, but they live together in charity and sincerity, so should the brethren dwell together. Some thirty, perhaps, are under one government; they cannot continue all day and night at one thing. Some give themselves up to prayer for six hours, and then would like to read; others are very ready to serve, while others work at some form of labor.

2. Whatsoever they are about, the brethren ought to be in charity and cheerfulness with each other. Let him who is at work say of him who is at prayer, "The treasure that my brother gets is common, and therefore mine." Let him who prays say of the reader, "The profit which he gets by reading is to my advantage." Let him who is at work say, "The service which I am doing is for the benefit of all." As the members of the body, being many, are one body,2 and help each other, and each performs its own function, but the eye sees on behalf of the whole body, and the hand labors for all the members, and the foot, as it walks, carries them all, and another member suffers with all alike, so let the brethren be with one another. Let not him who prays judge the laboring brother because he is not at prayer. Let not him that is at work judge the one who is praying, or say, "He lies by, while I am working." Let not him who serves judge someone else, but let each one do whatever he is doing to the glory of God. Let him who reads hold him who prays in charity and cheerfulness, with the thought, "It is for me that he prays;" and let him who prays think of him who is at work, "What he is doing is done for the benefit of us all."

3. Thus much concord and peace and unity in the bond of peace3 holds them all fast, and they are enabled to live together in sincerity and simplicity and the favor of God. No doubt the principal thing among these is continuance in prayer; but one thing is required, that a man should have treasure in his soul, and the life which is the Lord in his mind that whether he is working, or praying, or reading, he should have that possession which passes not away, which is the Holy Ghost.

There are some who say thus that the Lord requires of men only the fruits that are visible, and that it is for God to rectify the things that are hidden. That is not the case. As a man secures himself with regard to the outer man, so ought he to carry on strife and war in his thoughts. The Lord requires of thee to be angry with thyself, and to do battle with thy mind, and neither to consent nor to take pleasure in the thoughts of wickedness.

4. Nevertheless, to root out sin and the evil that is ever with us, this can only be accomplished by the divine power. It is not possible or within a man's competence to root out sin by his own power. To wrestle against it, to fight against it, to give and receive blows, is thine; to uproot is God's. If thou hadst been able to do it, what need was there of the coming of the Lord? As the eye cannot see without light, as a man cannot speak without a tongue, or hear without ears, or walk without feet, or work without hands, so he cannot be saved without Jesus, nor enter into the kingdom of heaven. If thou sayest, "In outward conduct, I do not commit fornication or adultery, I am not covetous; therefore I am righteous," thou art wrong in this, thinking that thou hast fulfilled all. Sin has not only three departments against which a man ought to ensure himself, but ten thousand. Arrogance, presumption, unbelief, hatred, envy, deceit, hypocrisy, whence are they? Oughtest thou not to wrestle and strive against these in the hidden places in thy thoughts? If there is a robber in the house, at once thou art distressed; he does not allow thee to be at ease; thou beginnest to strike back; blows are exchanged. So ought the soul to strike back, to resist, to repel force by force.

5. What follows? By resisting and taking trouble and pains, the will begins to get the upper hand. It falls; it recovers itself. Sin throws it again in ten, in twenty conflicts. It conquers the soul and throws it; then the soul after a time in one engagement conquers the sin. If the soul perseveres and in no direction flags, it begins to have the best of it, to see through the enemy, and to carry off the trophies of victory from sin. But if the man is strictly examined even at this point, sin still is too hard for him, until he comes to a perfect man, to the measure of his stature,4 and perfectly conquers death; for it is written The last enemy that shall be destroyed is death.5 Thus will they get the upper hand, and be the conquerors of the devil.

But if, as we observed before, a man should say, "I do not commit fornication or adultery; I am no money-lover; and that is enough," in this reckoning he has contended against three forces, but against twenty others that sin can employ upon the soul he has not contended, and is therefore beaten. He ought to contend against them all, and to strive; for the mind, as I have said many times, is an even match for it, and possesses a power that is well balanced against sin, to withstand and repel its suggestions.

6. If you say that the opposing power is too strong, and that evil has complete sovereignty over man, you make God unrighteous when He condemns mankind for submitting to Satan, because Satan is so strong, and wields a power which compels submission. "Thou makest Satan greater and stronger than the soul, and then commandest me, 'Do not submit.' It is as though a young man should wrestle with a little child, and the child, when he is worsted, is condemned for getting worsted. This is a great injustice." I tell you then that the human mind is a good match for the enemy and evenly balanced against him; and a soul of that kind, when it seeks, finds help and succor, and redemption is vouchsafed to it. The contest and struggle is not an unequal one. Let us glorify the Father, the Son, and the Holy Ghost forever. Amen. 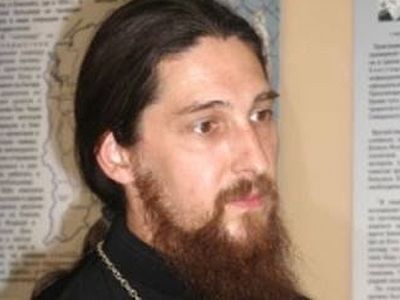 “We are all called to strive for perfection" Priest Dimitry Shishkin 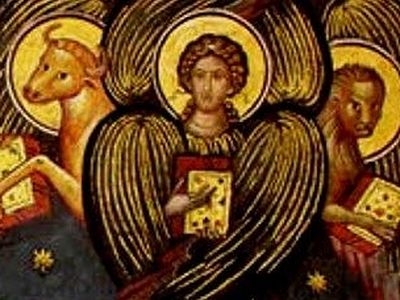 Lenten Reading: Fifty Spiritual Homilies of St. Macarius the Egyptian. Homily 1 St. Macarius the Great Great Lent is wonderful time for increased, concentrated spiritual reading. We are spending less time planning and preparing culinary feasts, we try to distance ourselves more from the empty clatter of television programs and popular movies, and attend more church services. All of this together with the lightness of our Lenten diet aids us in focusing on our spiritual life. 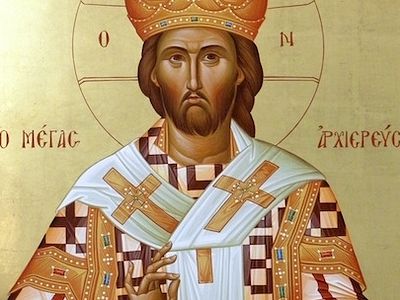 Lenten Reading: Fifty Spiritual Homilies of St. Macarius The Egyptian. Homily 2 St. Macarius the Great Concerning the kingdom of darkness, that is, of sin, and that God alone is able to take away sin from us, and to deliver us out of the bondage of the evil prince.
Комментарии