Rings Dropped In Salvation Army Donation Kettle Pay For $21,000 Worth Of Toys For Kids

Not even J.R.R. Tolkien could dream up rings as precious as these.

A former Salvation Army bell ringer is paying $21,000 for a diamond engagement ring and wedding band that a widow placed inside a red donation kettle in Boston. A note accompanying the rings asked that the jewelry be sold and the proceeds used to buy toys for poor children.

This heartwarming Christmas story gets even better: The anonymous woman redeeming the rings is also a widow, and she wants to return them to the woman who originally donated them.

"I want to be involved in this because it's about the spirit of Christmas, the spirit of giving," the buyer told the Salvation Army, which announced the rings' sale Monday. "My wish is that the rings can be returned to this woman who gave them up in memory of her husband for the sake of children at Christmas."

The fellowship of these rings began earlier this month, when the charity emptied one of its trademark kettles outside Boston's North Station and found the rings wrapped inside a letter.

The widow who gave them recalled her late husband as an especially giving soul, especially during the holidays, and said she was donating her rings in his memory.

"I'm hoping there's someone out there who made lots of money this year and will buy the ring for 10 times its worth. After all, there's no price on love or the sentimental value of this ring. But money will help the kids," her note read.

Massachusetts Salvation Army Major David Davis said the diamond ring alone was valued at $1,850. In keeping with the donor's wish, the organization spread the word, and Davis said the rings got multiple offers.

"One expression of love has inspired another grand gesture to help those in need during the holiday season," he said. "Because of these two amazing individuals, our Salvation Army officers, staff and individuals will be able to extend our outreach to the many families and children in need. We are dedicated to fulfilling the sentiment behind these two heartfelt donations."

In the end, the winning bidder offered more than 10 times the rings' worth. The woman, identified only as a former Salvation Army volunteer, told the charity she was inspired in part because she, too, lost a beloved husband.

"I miss him dearly, but my husband would be happy that I am doing this," she said.

"We're hoping this incredibly generous person reaches out so we can set up a very quiet meeting" to return the rings, he said. 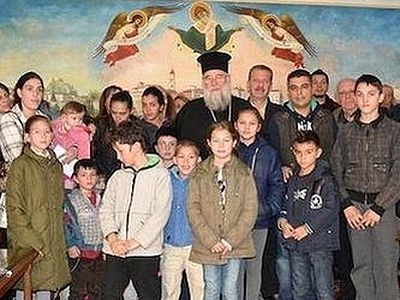 Metropolia of Kerkyra transfers 36,000 Euros to families with many children

Metropolia of Kerkyra transfers 36,000 Euros to families with many children Following a good, well-established tradition, the Metropolis of Kerkyra of the Church of Greece is materially supporting the most needy large families. 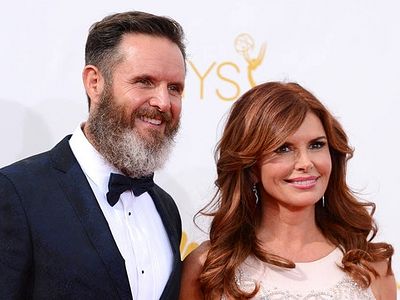 Christian celeb couple pledge $25 million to help Iraqi and Syrian Christians Film-producing couple Mark Burnett and Roma Downey have stepped up to renew attention to the needs of displaced Christians in Iraq and Syria who are in urgent need of food and shelter before winter sets in.

Charity and Alms. From the Legacy of the Optina Elders Olga Rozhneva During the fast leading up to the Nativity of Christ, Christians are reminded once again of their duty to take a look around them and give what they can to relieve the needs of others. Here is some advice from the Optina Elders on almsgiving.
Комментарии