History of Monastery of St. John 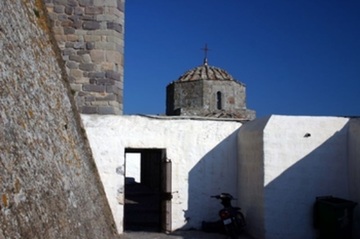 Monastery of St. John: #22903
In 1088, the Byzantine Emperor Alexios Komnenos gave the island of Patmos to the soldier-priest Ionnis Khristodhoulos "the Blessed."

The greater part of the monastery was completed by Khristodhoulos in just three years. Its heavily fortified exterior was necessitated by the threats of piracy and Seljuk Turks.

What to See at Monastery of St. John

The monastery consists of interconnecting courtyards, chapels, stairways, arcades, galleries and roof terraces. Hidden in the walls are fragments of an ancient temple of Artemis that was destroyed in the 11th century. The main chapel is lovely, as is the adjoining Chapel of the Theotokos, whose frescoes date from the 12th century. 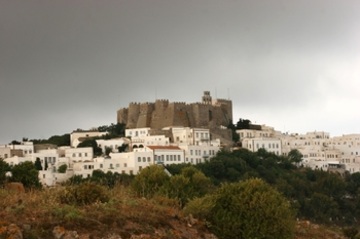 Monastery of St. John
The Treasury has an impressive array of religious art and treasure, mainly consisting of icons of the Cretan school. The star exhibits are an unusual mosaic icon of Agios Nikolaos and the 11th-century parchment granting the island to Khristodhoulos.

About halfway up (or down) the cobbled path that leads here is the Cave of the Apocalypse, the very place where St. John is believed to have received his revelations.

You can either take a KTEL bus up to the monastery (it runs regularly) or take the 40-minute walk along a beautiful old cobbled path that begins on the main road in Hora. 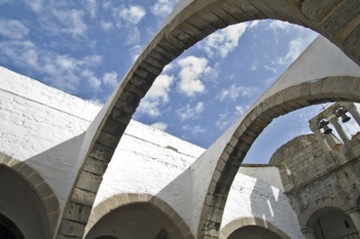 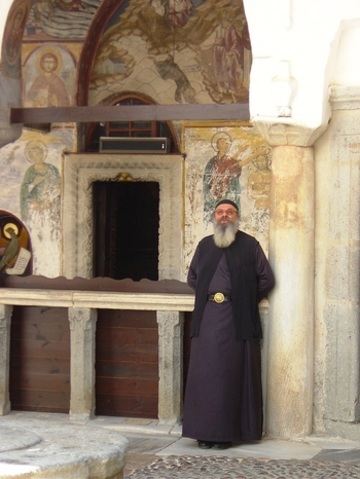 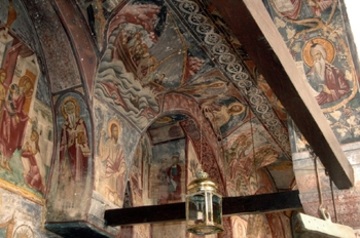 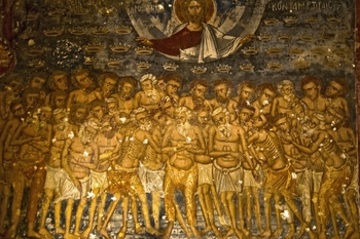 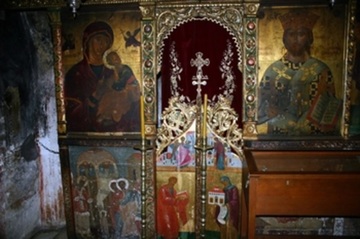 Note: This information was accurate when first published and we do our best to keep it updated, but details such as opening hours and prices can change without notice. To avoid disappointment, please check with the site directly before making a special trip. 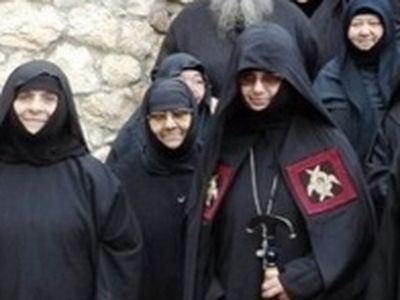 The Enthronement of Abbess Chrysovalanti in St. Patapios Nunnery (photos)
Hundreds of pilgrims gathered to pray for the new Abbess of the popular Convent of St. Patapios the miraculous. 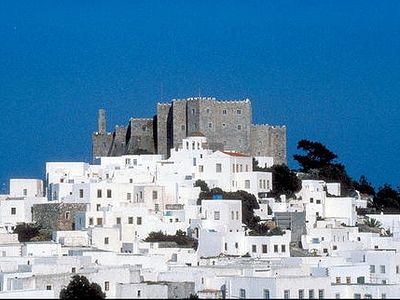 Chora on Patmos: Unesco World Heritage Site
The small island of P&#225;tmos in the Dodecanese is reputed to be where St John the Theologian wrote both his Gospel and the Apocalypse. A monastery dedicated to the ‘beloved disciple’ was founded there in the late 10th century and it has been a place of pilgrimage and Greek Orthodox learning ever since. The fine monastic complex dominates the island. The old settlement of Chor&#225;, associated with it, contains many religious and secular buildings. 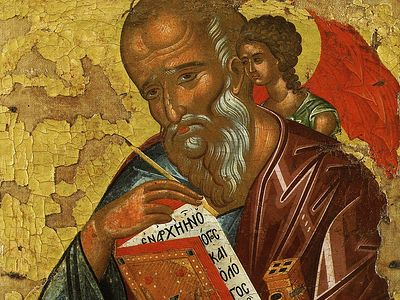 Saint John the Theologian Preacher of Divine Love
His zeal for the salvation of those who were perishing knew no obstacles. And the meekness, humility, and kindness of this great apostle were so amazing and touching, that he seemed to be not a man but an angel incarnate. His entire life was a life of love.
Комментарии