With the blessing of His Holiness Patriarch Kirill of Moscow and All Russia, staff members of the Synodal Department for Church Charity and Social Ministry are giving aid to the typhoon victims in the Philippines, reports Sedmitza.ru. 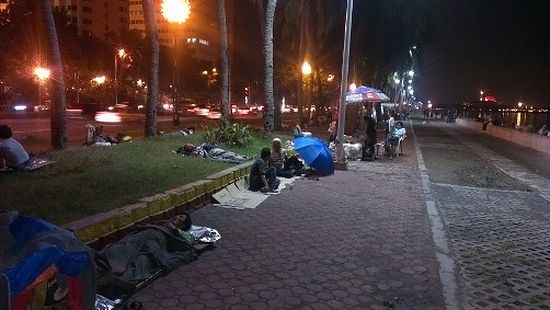 As a result of the devastating typhoon Haiyan (Yolanda), that hit the Philippines on November 6-7, 5,000 people were killed, about 5 million children suffered, and over 1 million houses destroyed and damaged. Almost 10 million people were affected by the disaster, which is around 10% of the country's population.

An aircraft with two members of the Synodal department sector for aid in emergency situations landed at the Manila airport on November 26. "First we made our way to the largest aid center for victims, which is situated on the territory of the military airbase,” related a member of Aid in emergency situations arrangement sector Alexei Shashkov. “Volunteers who had arrived with Rector of the Patriarchal Church in Taipei Father Kirill Shkrabul were already working there, sorting food and hygiene supplies".

According to Alexei Shashkov, the typhoon did not affect Manila itself, and the injured people are coming to this base from other regions of the country on their own. Here they are given food, hygiene supplies, and clothes. If necessary, doctors give first medical aid. "The people who are coming to this base are, mainly, those who lost their homes and have somehow managed to arrive in Manila, hoping that they would be helped with living or temporary accommodation,” said A. Shashkov. “But the state does not have such opportunities, so after receiving humanitarian aid they leave the base and try to find some accommodation".

Many people have nowhere to go, so in the cities many simply find their shelter in the streets. "We were driving through one settlement, where families had to sleep literally in burial vaults," said Paulina Yufereva, a sister of charity.

"The Ministry for Social Protection of the Philippines has informed us that for today, in almost all hard-hit regions dispensation of food and water has already been organized, and now the main need is in building materials,” said Alexei Shashkov. “Having received detailed information on the affected regions, we decided to fly on the Cebu island and to help with construction materials to one devastated village."

Cebu island is among those regions of the country which suffered most from the typhoon. The north of Cebu island was right on the typhoon’s path.

On November 28, the members of the department set off to the Cebu island and on their arrival chose the village of Malok-Balok of the Daanbantayan municipality (north of the Cebu island) for rendering aid. According to the Ministry for Social Protection, about 160 houses were damaged in this village in total, but the day before 40 families had been given aid in construction materials. For 120 other families, for donors' funds, the Synodal department members and Rector of the Patriarchal Church in Taipei (Taiwan) Father Kirill Shkrabul purchased building materials, necessary for construction of primitive, temporary dwellings: galvanic (profiled) sheets, simple sheet metal, veneer, nails, hammers, saws. The list of the necessary building materials was made up after consultations with local authorities.

"In the Daanbantayan municipality, trucks with humanitarian aid were met by workers of the municipality and staff members of the local office of the Ministry for Social Protection, which had been informed beforehand by the head office about arrival of this humanitarian aid,” related A. Shashkov. “On the arrival of the vehicles the materials were at once transferred from rented transport to the municipal one. The unloading ended at 3 AM, already on November 30".

At 7:30 a.m. on November 30, the department members met with the head of the municipality. The head of the settlement on behalf of the Philippine survivors thanked the guests for their assistance. After the meeting the convoy of four trucks with construction materials, accompanied by local government employees and military men, headed for the village of Malok-Balok. "On arrival to the village, distribution of construction materials was organized according to the survivors' lists,” noted the aid worker. “The surname and name of a resident were pronounced and he or she came up and took his or her set of building materials". Each of the 120 families received 12 corrugated metal sheets, 2 simple metal sheets, 8 veneer sheets, 3 beams a set of nails, and a hammer. Saws were distributed for groups of several families.

"Local residents were very pleased with this help, as the disaster had destroyed nearly all houses in the village and the people had literally become homeless," concluded Paulina Yufereva.

On December 2, the Synodal department members arrived back in Moscow. 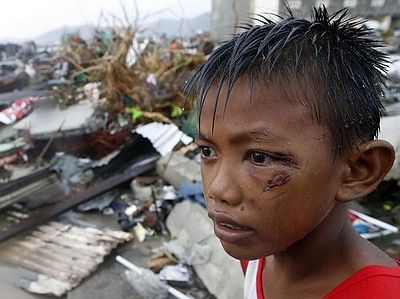 Orthodox render assistance to philippine victims Reported from the scene of the event In the words of Fr. Kirill, the situation is extremely grave. The whole city of Tacloban was destroyed. Corpses are still lying on the streets. Those who survived have lost everything, while not even food distribution has been arranged, and as a result, the overwhelming majority of survivors have not eaten anything at all for several days now after the typhoon. Starvation threatens them.

Charity and Alms. From the Legacy of the Optina Elders Olga Rozhneva During the fast leading up to the Nativity of Christ, Christians are reminded once again of their duty to take a look around them and give what they can to relieve the needs of others. Here is some advice from the Optina Elders on almsgiving. 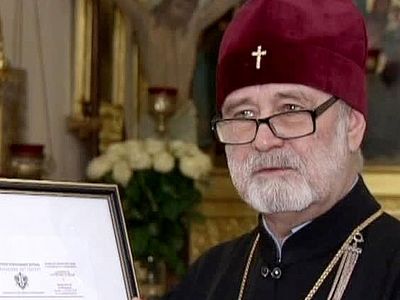