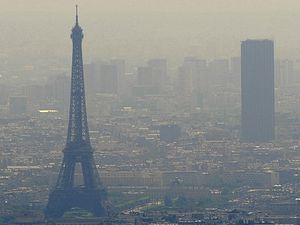 Paris
A Russian-French working group for the construction of a Russian Orthodox religious and cultural center on Branly Embankment in Paris has met for the first time.

"The new cooperation mechanism will accelerate the construction of this landmark project and symbol of strong friendship between the Russian and French people," says a joint communique made available to Interfax.

Russia bought a land site on Branly Embankment in March 2010 to build a Russian religious and cultural center, it says.

"The project, picked in March 2011 in an international competition, was confronted with technical problems and with the French cultural heritage service's opposition," the communique says.

Given this, Russia suspended its application to build the center.

By mutual agreement, Russia and France started a deep revision of the project to make it technically feasible and to adjust it to the unique architectural look of this part of Paris, it said.

The Russian-French working group will oversee the project at all stages of development in order to guarantee its compliance with Russia's and the Russian Orthodox Church's criteria, and to abide by the French urban development and cultural heritage legislation.