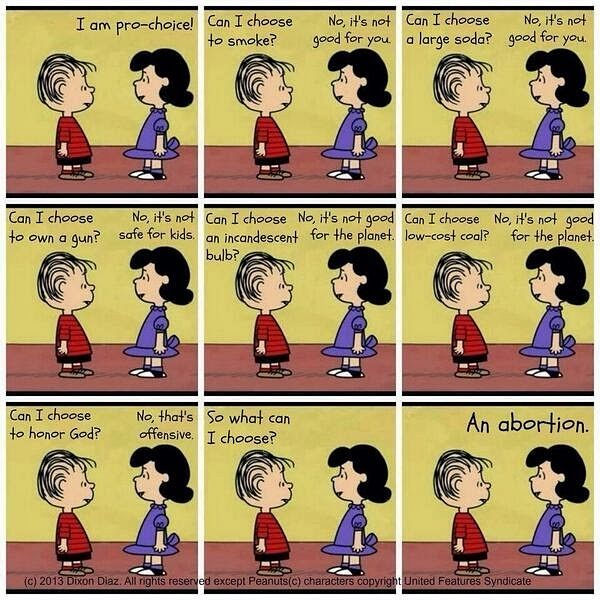 ​Question: "Is it possible for someone to be pro-life and pro-choice?"

We should define our terms here. By "pro-life," we mean that we oppose the shedding of innocent blood, at any stage of development, including unborn children. If someone is "pro-choice" they mean that they believe it should be up to the mother to decide whether or not she will have an abortion, for any reason. If someone says that they are pro-life and pro-choice, this can only mean that they personally oppose abortion, but they think that others should be free to decide the matter for themselves, because they don't want to "impose their morality" on anyone else.

Is this a morally defensible position? To answer this question, we first have to ask why a Christian would oppose abortion? We oppose abortion not because we don't like it. We oppose abortion because we believe that it is the murder of an innocent life -- the only exception being the very rare circumstances in which it is necessary to save the life of the mother, and in such cases it almost always would mean the death of both mother and child to do nothing.

The Scriptures are abundantly clear that God takes the shedding of innocent blood very seriously. We are told that God destroyed the kingdom of Judah because they engaged in child sacrifice:

"And he [Manasseh] made his son pass through the fire [a form of child sacrifice], and observed times, and used enchantments, and dealt with familiar spirits and wizards: he wrought much wickedness in the sight of the Lord, to provoke him to anger" (2 Kings 21:6).

The belief that abortion is murder is not a recently adopted Christian position. In the Didache, which is the oldest Christian document outside of the New Testament, it says unambiguously:

"Thou shalt not murder a child by abortion nor kill them when born" (Didache 2:2).

"As for women who furnish drugs for the purpose of procuring abortion, and those who take fetus-killing poisons, they are made subject to the penalty prescribed for murderers."

"A woman that aborts deliberately is liable to trial as a murderess."

So an Orthodox Christian that actually believes what the Church teaches can only oppose abortion on the grounds that it is the wrongful taking of an innocent human life.

So can a person really be opposed to rape, but not want to "impose their morality" on others? No.

Could a person oppose lynching, but not want to "impose their morality" on others? No.

Can a person oppose abortion, but not want to "impose their morality" on others? No.

And as a matter of fact every law reflects someone's morality. There is no reason why Christians should not use their power to vote to influence the laws to protect innocent life. 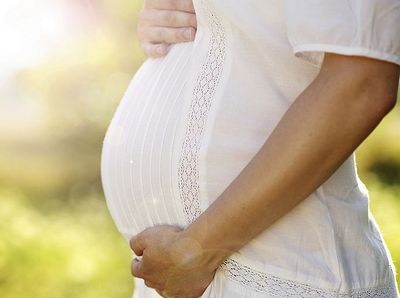 How Fr. Dmitry Smirnov Convinces Women Not to Have an Abortion, and Ten Questions That Can Keep a Woman From Abortion
Fr. Dimitry Smirnov, Elena Smirnova, Natalia Narishkina

How Fr. Dmitry Smirnov Convinces Women Not to Have an Abortion, and Ten Questions That Can Keep a Woman From Abortion
Fr. Dimitry Smirnov, Elena Smirnova, Natalia Narishkina
“The work of a psychologist with this category of women is the work of eroding growing doubt. A woman has come to register for an abortion; she’s already made a choice, a decision, but she always has remaining doubts—something on the other side of the scale. The work of a psychologist is to uncover these doubts, ‘to give them’ Which way the balance is tipped we cannot know, because the woman has made a decision. But, all the same, you can try to ‘shatter’ a woman’s bad confidence.” 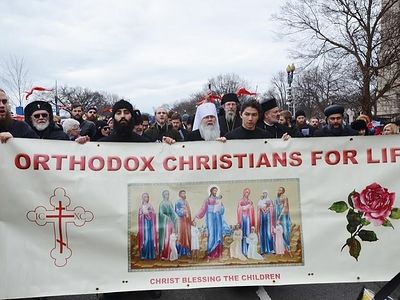 Orthodox Christians make strong showing at 2017 March for Life
Met. Tikhon, in his twelfth year of participation in the march, highlighted the Orthodox Church’s central focus on purity and the path to holiness, which becomes a manifestation of the life of God Himself. In joining together with other pro-lifers, including so many young people, the march becomes “a message of hope for the world.” 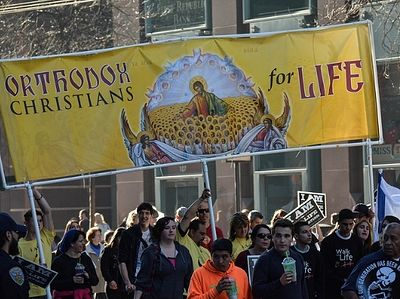 "Walk With Us" film to document CA Pro-Life movement

"Walk With Us" film to document CA Pro-Life movement
The Supreme Court's 1973 Roe v. Wade decision allowed for the slaughter of an estimated 58,586,256 innocent lives. California, Colorado, Oregon, Vermont and Washington passed physician assisted suicide laws between 2008 and 2015. California is the most recent addition to this list. Though the right to life has been unprotected for our weakest citizens the rights of Californians to give voice and power to those lives have not yet been denied.
Комментарии