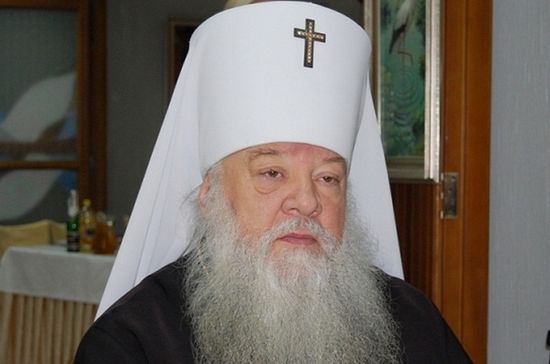 On March 22, at 4 AM, sixty-eight-year-old Metropolitan Nifont (Solodukha) of Lutsk Volyn reposed in the Lord, reports the press service of the Volyn Diocese of the Ukrainian Orthodox Church.

His Eminence Met. Nifont (in the world Vasily Andreevich Solodukha) was born into a peasant family on October 5, 1948 in the village of Galina Volya in the Volyn region. In two years he was left an orphan.

In 1963 he graduated from his local school.

In 1970 he entered the Moscow Seminary.

On March 20, 1974 he received the monastic tonsure in the Trinity-St. Sergius Lavra. On April 15 he was ordained as a hierodeacon.

On February 26, 1977 he was ordained as a hieromonk and sent to serve in the Volyn Diocese.

On March 18, 1977 he was appointed as the rector of Holy Trinity Church in the village of Rudka-Kozinskaya in the Volyn region.

In 1988 he was elevated to the rank of archimandrite. In 1989 he became the dean of the Rozhischensk deanery of the Volyn-Rivne Diocese.

On March 20, 1990 he was appointed as bishop of Khmelnitsky and Kamanets-Podolsk.

He also served as rector of Volyn Seminary, and was granted an honor doctorate of Divinity on February 20, 2008 for his significant contribution to the Ukrainian Orthodox Church and the development of theological education.

On October 18, 2016 he was dismissed from the Volyn Diocese for health reasons.

Over the course of his life he was awarded a number of medals and awards for his selfless work.

May his memory be eternal!