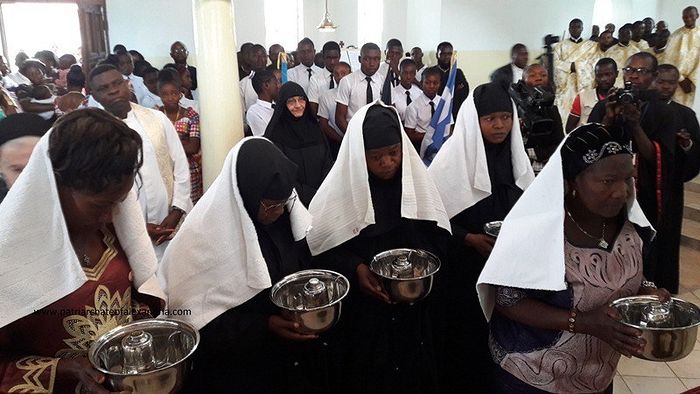 On February 17, Patriarch Theodoros II’s name’s day, when the Church celebrates the memory of Great Martyr Theodore of Tyre, the primate of the Alexandrian Patriarchate consecrated the first deaconess in the Alexandrian Church, reports the patriarchate’s official site.

As previously reported, the Holy Synod of the Alexandrian Church decided at its November 16 session to restore the ancient institution of deaconess, forming a committee to thoroughly study the issue.

His Beatitude first celebrated the Divine Liturgy in the Church of St. Nicholas within the Missionary Center of Kolwezi, Congo, accompanied by several other hierarchs. During the Liturgy, Patriarch Theodoros ordained Archdeacon Ioannis of the Holy Metropolis of Katanga to the priesthood.

Next he also consecrated the catechist Theano, one Kolwezi’s missionary staff’s first members to “Deaconess of the Missions” of the Holy Metropolis of Katanga, and further read the prayer for entering “ecclesiastical ministry” for three nuns and two catechists to assist in the metropolis’ missionary efforts, especially in the Baptisms of adults and marriages, as well as with catechism.

This is the first time that such blesses have occurred in the history of the African mission. 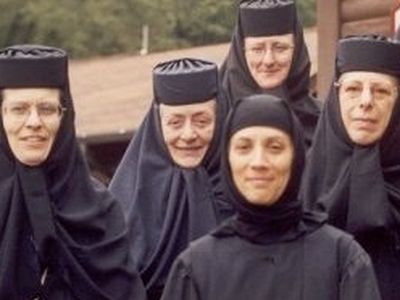 Notes on the order of deaconesses in the Eastern Church (3rd-12th century)
Fr. Silouan Thompson
Deaconesses as a canonical order first appear in the third-century Didascalia. 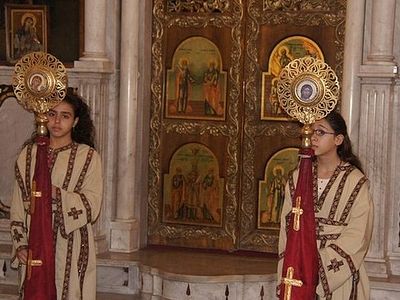 Patriarchate of Alexandria to restore deaconess ministry
The Alexandrian synod formed a three-bishop committee for thoroughly studying the issue. 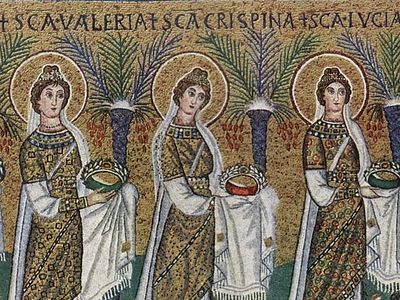 Deaconesses: This is Not That
Fr. Lawrence Farley

Deaconesses: This is Not That
Fr. Lawrence Farley
Whatever discussions occur regarding the possible revival or creation of an order of female deacon, let us all at least be open and truthful. Let us admit that this is not that: the proffered model of deaconess bears little resemblance to the ancient order. Let us therefore debate possibility of the new model on its own modern merits.
Комментарии
×