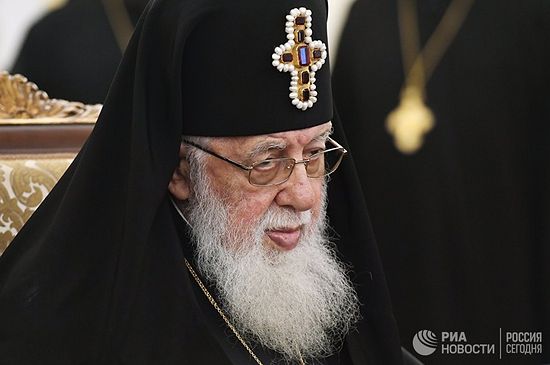 His Holiness Patriarch-Catholicos Ilia II has made his first public statement in regards to the stories circulating about a possible attempt on his life.

From the hospital in Berlin where he is recovering after gallbladder surgery, the beloved primate stated that he has known Archpriest George Mamaladze, who was found with a bottle of cyanide in his luggage at the Tbilisi airport, on the way to Berlin, for a long time and has never seen nor heard anything bad about him, reports Georgia Online.

As previously reported, His Holiness will return to Georgia on February 20, and Fr. George has denied all accusations.

His Holiness offered a spiritual reflection on the present situation: “Sadness and joy go together like twin brothers. When a person is feeling joy, he should expect sorrow. Sorrow, you are the beginning of joy. Joy, you are the beginning of sorrow. This is eastern wisdom.” Placing this wisdom in the current context, he continued, “Unfortunately I had to come to Germany for gallbladder surgery. The operation was completed well, with good results according to the doctors. I also want to address the strange and abnormal situation surrounding Fr. George Mamaladze. I have known Fr. George for a long time and have never heard about him or seen from him anything but good.”

The patriarch-catholicos also expressed hope that the whole situation would calm down after his arrival to Tbilisi, emphasizing that the Church, nation and people have always been and must continue to be united. “No one can separate us and our Church,” he assured.

Meanwhile, Fr. George is under heavy security in prison to protect him from any possible violence, as Patriarch Ilia II is the most beloved man and leader in the nation. 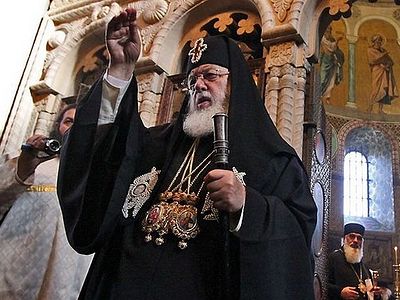 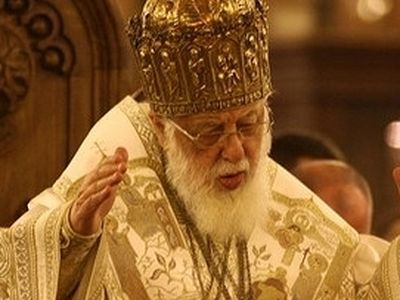 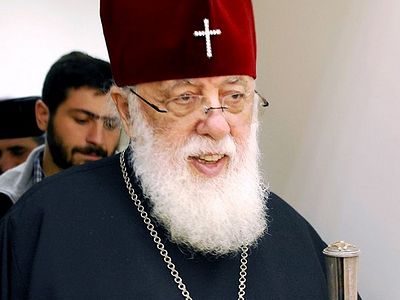